When you control minds, only your heart can be used against you.

Eight months ago, Kira Moore revealed to the mindreading world that mindjackers like herself were hidden in their midst. Now she wonders if telling the truth was the right choice after all. As wild rumors spread, a powerful anti-jacker politician capitalizes on mindreaders’ fears and strips jackers of their rights. While some jackers flee to Jackertown—a slum rife with jackworkers who trade mind control favors for cash—Kira and her family hide from the readers who fear her and jackers who hate her. But when a jacker Clan member makes Kira’s boyfriend Raf collapse in her arms, Kira is forced to save the people she loves by facing the thing she fears most: FBI agent Kestrel and his experimental torture chamber for jackers.

Click Here to sign up for the Virtual Launch Party on May 23rd! There will be prizes, reviews, bonus content, did I mention prizes? Come join the fun!

Open Minds (Book One of the Mindjack Trilogy)

“Being a fan of dystopian and sci-fi in young adult books this was exactly the type of book I was hoping to fall in love with and absolutely did …YA readers who love authors like Ally Condie, Veronica Roth, Lauren Oliver and others would be missing out if they failed to pick up Open Minds by Susan Kaye Quinn. Join Kira on her journey to save her fellow mindjackers and potentially change the landscape of her world forever.”

“Susan plunges readers into a compelling and frightening world where nearly everyone can read minds when they come of age. The very idea makes me shudder. This is easily one of the best books I’ve read not only this year, but in recent years.”

— Heather McCorkle, author of The Secret of Spruce Knoll

“Susan Kaye Quinn’s Open Minds is an edge-of-the-seat YA sci-fi, where 16 year-old Kira dodges psychological bullets from all sides.”  — Catherine Stine, author of Fireseed One

Susan Kaye Quinn grew up in California, where she wrote snippets of stories and passed them to her friends during class. She pursued a bunch of engineering degrees and worked a lot of geeky jobs, including turns at GE Aircraft Engines, NASA, and NCAR. Now that she writes novels, her business card says “Author and Rocket Scientist” and she doesn’t have to sneak her notes anymore. All that engineering comes in handy when dreaming up paranormal powers in future worlds or mixing science with fantasy to conjure slightly plausible inventions. Susan writes from the Chicago suburbs with her three boys, two cats, and one husband. Which, it turns out, is exactly as much as she can handle.

Visit Susan’s blog at www.susankayequinn.com where she will be signing people up for the Virtual Launch part that will take place on on May 23rd!

Back of the Book:
There’s no way sixteen year old Quincy Amarante will become the fifth grim reaper. None. Not over her shiny blue Mustang. Her Jimmy Choos. Or her dead body.

She’s supposed to enjoy her sophomore year, not learn about some freaky future Destiny says she has no choice but to fulfill.

It doesn’t take long for Quincy to realize the only way out of the game is to play along especially since Death can find her anyway, anywhere, anytime. And does.

Like when she’s reassuring her friends she wants nothing to do with former best friend Ben Moorland, who’s returned from god-knows-where, and fails. Miserably.

Instead of maintaining her coveted popularity status, Quincy’s goes down like the Titanic.

It seems, perhaps, becoming a grim reaper isn’t just about the dead but more about a much needed shift in Quincy’s priorities—from who she thinks she wants to be to who she really is. 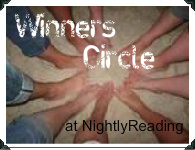 The winner of the ecopy of Whisper is:

Congratulations! Look for an email from the author…

Published by The Ultimate Fan Blog

View all posts by The Ultimate Fan Blog