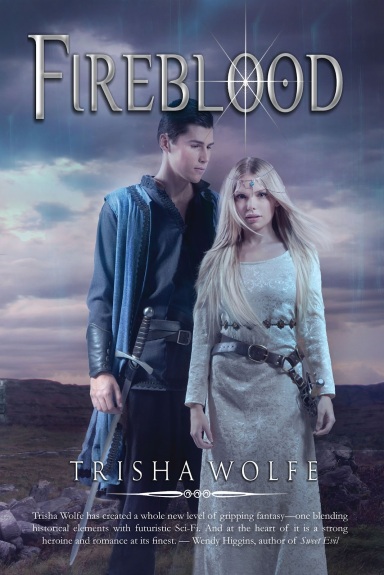 Received this in exchange for an honest review via the Publisher.

Synopsis: To save a kingdom, Zara must choose between a prince who could be the answer and a rising rebellion that threatens to take control.

When Zara Dane is chosen to marry Prince Sebastian Hart, son of the man who ordered her father’s capture, Zara knows she must fight to save everything she loves from ruin.

Being betrothed to the prince means a life trapped behind the towering stone walls of the Camelot-forged realm. Under the watchful eye of the prince’s first knight, Sir Devlan Capra, changing her future becomes difficult.

When an unlikely rebel reveals the truth about the deadly secrets that fuel King Hart’s twisted world, Zara’s path to rescue her father becomes clouded by deception. The Rebels clear her path by forcing Zara’s hand with an ultimatum: sway Prince Sebastian to join the Rebels, convincing him of his father’s evil nature, or they will take him out.

But Zara is uncertain about a future under the Rebels’ command and where the prince’s heart truly lies. She must decide who to trust, what to believe, and what she’s truly fighting for before the king destroys all of Karm, including her heart.

The cover: Amazing! I love the design and the color scheme.

I really enjoyed reading it. I love plots that are based upon a Prince and Princess ( it reminds me of fairy tales). This plot was particularly interesting because a lot of the characters were carrying secrets with them (ones that would come to affect the kingdom).The one thing that would have made this plot even better is if there were viewpoints from other characters in this book. I would have loved to have read more about what Prince Sebastian or Sir Devlan was thinking.

My favorite character in this book was Zara because she is a strong character who isn’t afraid to stand up to Prince Sebastian (he could have easily chosen to marry someone else) or what she believes in. Although to me it was so obvious that Zara would not like Prince Sebastian because of his father imprisoning her father. I believe that Prince Sebastian was trying to fix all of the mistakes that his father caused. For those of you who don’t know, King Hart ruled the kingdom with an iron fist (he put fear into his citizens).

The one thing that annoyed me the most in this book was the fact that Zara wasn’t so open to Prince Sebastian (then again there was a scene in this book where I understand why she wasn’t so willing to be open with him). Prince Sebastian was really trying his best to care for Zara and was willing to give her anything she wanted (besides not marry him, of course). It is not his fault that his father imprisoned Zara’s father. I just wish that Zara wasn’t so stubborn at times.

I was able to read this easily and could come back to it after a break and be able to pick up where I left off. Overall, I really enjoyed reading this.

My favorite scene: When Zara and Prince Sebastian get engaged ( there is a huge ceremony).

View all posts by pandaloverbooks