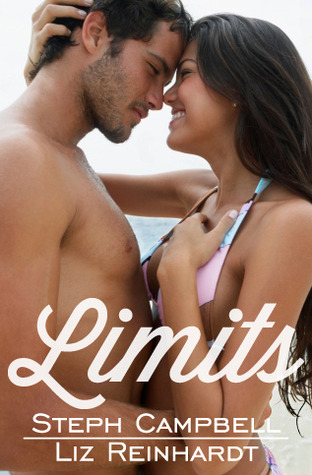 Genevieve Rodriguez is less than thrilled when her older brother’s best friend, Deo, runs off and marries Whit, the girl who doesn’t even deserve him. At least that’s what Gen believes. And so what if everyone thinks it’s just a stupid crush? She’s had a thing for Deo for as far back as she can remember.

Freshly heartbroken and downright annoyed, Genevieve is also one ‘D’ away from getting kicked out of school. In other words, life could be better for the rowdy, youngest Rodriquez sibling. Her only hope of passing physics is her quiet, nerdy tutor, Adam.

Adam isn’t her type at all. He’s too quiet, too polite, and he’d rather stare at lab charts than bother to notice the bustier top so sexy, it turned the head of every guy in a five-mile radius.
When Adam tells Genevieve that he won’t be back after winter break because his visa is about to expire, the words drop out of her spontaneous, heartbroken mouth before she has the time to think…

Thinking it’s a joke, Adam gives Genevieve a firm no. But when the joke turns into something more, all bets are off and all limits are broken. Adam may not notice a perfect bustier, but he can’t resist a good argument. And Genevieve has been arguing to get exactly what she wants her entire life.

This book is quite possibly the sweetest book I’ve ever read. I don’t know what about this book made me love it so much, maybe its because I’ve been craving a sweet contemporary book since the end of January, or maybe its the fact that I’ve been in a reading slump since a week before Christmas, either way I loved this book so freaking much! Since the moment I read the last page I have been gushing about, and after being in a slump for so long this was exactly what I needed to get over it!

Genevieve the baby of her family made the mistake of falling in love with her older brother’s best friend and is now heartbroken because he’s married to somebody else. Reading from Gen’s perspective in the beginning was so heartbreaking that it brought tears to my eyes, I just wanted to jump into the book and smother her in hugs. Everybody remembers their first crush and the heartbreak that came after when you realized they liked somebody else. And poor Gen was dealing with that and a family that doesn’t understand her, and on top of that she was worrying about flunking out of school.

Adam was Amazing I adored him! It was refreshing to read a New Adult novel that didn’t involve a bad boy covered in tattoos with a bag filled with trust issues. Adam has had a crush on for Gen for a while, but he never thought he stood a chance. Adam is a nerdy scientist, with some self esteem issues. There’s a lot more to Adam though. He’s also funny,caring, sweet and determined.

The writing of this book was so good! I only picked this book to read a couple of pages and before I knew it, it was four in the morning and I only had a couple pages left. The writing just sucked me in, and the side characters were phenomenal! If it weren’t for the side characters I know for a fact that I wouldn’t have liked this book as much. The characters these authors have created felt so real, and the description of this little beach town made me want to pack my bags and move there!

I recommend this book for anyone in the mood to read a sweet contemporary that is extremely sweet and heartwarming!

“If you find that one person who believes in you, helps you combat your doubts, lifts you up when you’re ready to lie down and say ‘screw it’? If you find that person, grab tight. So tight. Never let go.”

A bind up of all the books in this series are .99 cents for kindle so get it while the deal lasts!!!