This week we will continue the cycle on detectives commenting the police in the United Kingdom, which covers not only England, but also Scotland and Ireland. As always I tried that the selection would diverse presenting both regular police and the famous Scotland Yard, and also male characters as female characters.

The American author Deborah Crombie began in 1993 with her book series using as main characters Duncan Kincaid and Gemma James. Where Duncan Kincaid is a Scotland Yard Detective Superintendent with the support of Gemma James who is a Sergeant of the London Police.

The series has been very successful and so far and has been published 15 novels and it was already announced the 16th book on this year (2014).

Paul Finch, born in England, was formerly a policeman and a journalist who now devotes his full time to his new career as a writer. Among other things he has written scripts for audio dramas of “Doctor Who” series, and in 2013 started his own series focusing on the genre of crime. His character Mark “Heck” Heckenberg, is a Detective Sergeant in the Manchester area which is transferred to the Serial Crimes Unit of Scotland Yard in London.

It’s a recent series but has already received critical acclaim and in 2013 published two novels and in 2014 published the third book in the series.

The British author SJ Bolton, also known as Sharon J. Bolton, started her life in the areas of Marketing and Public Relations, as well as getting a Masters in Business Administration. Now devotes her time to her career as a writer in the midst of her duties as a wife, homemaker and mother.

In 2011 began her book series using a “Lacey Flint” as the main character, which is a young Detective Constable of the Metropolitan London Police. From then until now (2014), it has been published four novels and a short story. 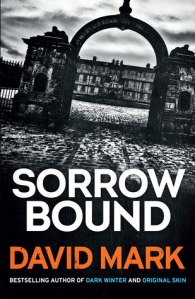 David Mark, born in England, married with two children, has been a journalist for 15 years, including 7 of those years as a crime reporter for the Yorkshire Post.

In 2012, he began his book series with “Aector McAvoy” which is a Detective Sergeant from the Police in the area of Hull, East Yorkshire. And since then he has published a book every year, and having 3 novels in the series.

The Scottish, Ian Rankin (aka Jack Harvey) attended in 1982 at the University of Edinburgh and while he should be working to get his PhD in Scottish Literature instead, he was writing his first three novels. Currently his books have been translated into 22 different languages ​​and are bestsellers on several continents.

In 1987 he published his first novel about the Inspector John Rebus, who was previously an elite soldier in the SAS and is now an Inspector of the Edinburgh Police, who is not interested in promotions, and which is not afraid to enter to the dark areas of the city of Edinburgh that many people are unaware that they exist. 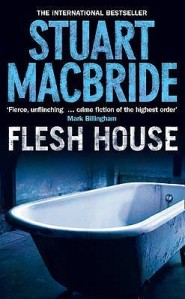 The Scottish Stuart MacBride began in 2005 his book series using the character of Logan McRae who is a Detective Sergeant of the Police in Aberdeen, Scotland. 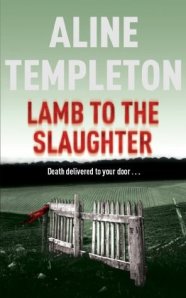 The Scottish, Aline Templeton, graduated from the University of Cambridge, and was working on Education and Communications, also she published several articles in various newspapers.

In 2005 began her book series using the character “Marjory Fleming” which is a Detective Inspector of Scotland National Police which usually she travels to different towns in Scotland where she is needed.

The Irish, Tana French grew up in different places, obviously in her native Ireland, but also in Italy, the U.S. and Malawi. She attended Trinity College in Dublin where she got an acting career, which has been developed in theater, film and voice dubbing.

In 2007, she began her book series of “Dublin Murder Squad” which highlights the characters of Rob Ryan and Cassie Maddox, both Homicide Detectives of Dublin Police.

Brian McGilloway is a prolific writer of Ireland, creator of several series of books, which before of his writer career, he was acting in the theater.

In 2011, began one of his series of books, this one centered on the character of Lucy Black who is a Detective Sergeant in Derry, Ireland.

See you next week!

View all posts by malodious