On the surface, Sorry-in-the-Vale is a sleepy English town. But Kami Glass knows the truth. Sorry-in-the-Vale is full of magic. In the old days, the Lynburn family ruled with fear, terrifying the people into submission in order to kill for blood and power. Now the Lynburns are back, and Rob Lynburn is gathering sorcerers so that the town can return to the old ways.

But Rob and his followers aren’t the only sorcerers in town. A decision must be made: pay the blood sacrifice, or fight. For Kami, this means more than just choosing between good and evil. With her link to Jared Lynburn severed, she’s now free to love anyone she chooses. But who should that be?

A darkly humorous take on Gothic romance, Sarah Rees Brennan’s Lynburn Legacy weaves together the tale of a heroine desperate to protect those she loves, two boys hoping to be saved, and the magical forces that will shape their destiny.

It’s always hard to write a review for a sequel because you don’t want to spoil anyone, but I’ll try because I loved this book, and I love this series so I’m writing a review.  So as a heads up, please excuse my vagueness its necessary evil. You can check out my review on the first book here, and the review for the final book in this amazing trilogy will be up next week Tuesday.

After having my heart completely shattered within the epilogue of Unspoken, I went into this book dreading what I would find. Relationships have been shattered, and secrets revealed, and a new foe has made its presence known in Sorry-in-the-Vale. I loved this book a little less than the first, like microscopically less but still. There is a lot more action in this book, which was great. A veil has been lifted and the Vale isn’t as idyllic as it once seemed which was so damn interesting to watch play out. I also enjoyed how everybody knew, and it was just a matter of whose side you’re on. One aspect I loved immensely was watching these seemingly innocent characters that Kami has known her entire life shed their masks and show what was actually hiding beneath.

Kami remained Kami. She didn’t change she stayed the character that I fell in love with in book one and for that I’m glad. While Kami was still a main character, we saw more of the secondary characters in this book which was fabulous. As I said in my review for book one, Sarah has a way at making every character feel like a main characters. I was as devoted and interested in every secondary character as I was with Kami or Jared. We learned more about Holly, which at first I disliked her but then I loved her. Her character was something I enjoyed reading about, getting to know about her and exploring her relationship with Angela was great. We get into Ash’s head in this book, and let me tell you I hate this boy but love him in a weird way. Being in Ash’s head was something I never thought I would enjoy but I did. His relationships with his family was so interesting, and it made me pity him. There were times I wanted to just wrap him in a hug or just slap him. Rusty is great, Rusty is amazing, Rusty is a STAR. I love Rusty, nuff said.

The urge to punch Jared Lynburn was real in this book. I still love him though, I loved a whole lot more in this book and the end made me want to cry my eyes out. After the end of Unspoken I was very interested in the direction of Kami and Jared’s relationship would go. Their relationship is still frustrating, but then enjoyable, then frustrating yet again. Jared was hurt a lot during this book and he was searching for a place to belong, which obviously broke my heart.

Sarah Rees Brennan is an amazing writer, this book was a spectacular sequel. It was still funny and dark, heartbreaking and breathtaking, and just plain fast paced fun! This world she created in Unspoken got a whole lot bigger in Untold! The twists that Sarah Rees Brennan comes up with are phenomenal, the clues were there but I just didn’t see them, until the end and then I wanted to cry my eyes out.

“Some say love cannot be bought, but mine is available at this time for anyone with a good heart and the ability to use a photocopier.” 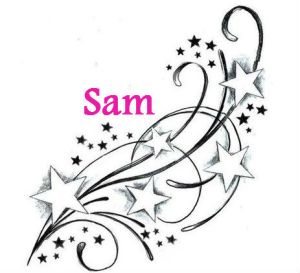 One thought on “Untold by Sarah Rees Brennan”