I thought watching my Werewolf boyfriend get arrested for murder was the worst experience of my life. But then I was knocked out and dragged off to a cell of my own by the very people who were supposed to protect me from danger.

I thought being held prisoner in solitary confinement for weeks on end was the worst experience of my life. But then a visitor came, and I realized I’d been wrong all along. There are worse things than torture and death. Much worse.

He wants my blood. More than that, he wants to get into my head. To use my bond to control his army, to wipe the world clean of anything with dirty blood. I can’t let that happen, but if I don’t he’ll kill every single person I’ve ever cared about—beginning with my Werewolf pack.

The prophecy said I would have to make an impossible choice, but I must be doing this wrong—so far every choice I’ve made has only led to more pain and danger and death. Hunters are pitted against Werewolves and I’m alone in my war against Gordon Steppe. I can’t fight him off anymore; all I can do is try to keep him out of the important places. And I’m failing at even that.

I thought the demons were out there, clearly marked and clinging to the shadows. But they’re not. The monsters are within the ranks of those sworn to protect. The enemy is among us.

I have followed Ms. Hildenbrand from the beginning and I am one of her number 1 fans! I love this series and honestly cannot get enough of the characters!!

I cannot believe that this is the fifth book in this series! In my opinion, this is the best one yet! (I think I say that about each one! LOL) For those of you whom have not read a book written by Heather or just have not read this one yet, be prepared to not want to put it down! This installment is filled with lots of drama, action & suspense! We also get to see some characters that we thought had been gone but SURPRISE they are back!!!

At the beginning of the book Tara is trapped in a cage left wondering what had happened to the rest of her pack and Wes.  I really felt like this:

I must start by saying that I am totally Team Alex. If you have not been introduced to Alex yet, then you need to start reading the first book in the series, Dirty Blood. Alex is awesome and I am always secretly hoping that Tara will give him a chance. It’s not that I dislike Wes but I just adore Alex more:)

Tara is definitely a kick ass heroine. I love to see how much stronger she gets in each book from the small, frail girl that we had seen from the beginning.

If you have read the rest of books in the series, then you will not want to miss out on this one! OR, if you love werewolf stories, then this series is definitely for you!! I highly recommend it!!

New to the Dirty Blood series?

Get started with Dirty Blood FREE!

And for a limited time, Get COLD BLOOD (book 2) free!

Sign up to be a Love Bird, get Heather’s book updates & new release info in your inbox.

Cold Blood is your free gift!!

Heather has written a special post in Alex’s POV!!

Alex’s POV for the morning after goodbye:

Alex stood on the roof of Griffin Hall for what would be the last time and looked out over the grounds of Wood Point. From here, all of the buildings were visible—and bustling with activity, even this early. Parents loading their cars with their student’s baggage. Kids horsing around or exchanging numbers. One last kiss with their latest beau.

He had done none of that. The few people he knew well enough to say goodbye to were going with him as part of Kane’s hunting party. Except for her. But he’d already said his goodbyes and he wasn’t up for doing it again.

Damn, but it’d been hard to walk away last night.

Especially after the way she’d thrown herself into his arms. Her dress bunched up around her thighs and tears streaking down her cheeks … he couldn’t get the image out of his head. He wouldn’t for a long time, he was sure.

In some ways, he hated the way she affected him. She was nothing like what he should want. But it’s not like he’d been able to control it.

Just then, the door to Lexington Hall opened and she walked out into the filtered sunlight of the courtyard. Cambria was beside her. He’d heard they were spending the summer together. His chest pinged with jealousy. Part of him wished it were him she would be spending time with this summer—but at least she had a friend. She deserved some fun, some down time after everything that’d happened the past few weeks.

From his perch on the roof, he watched them cross the courtyard, smiling and talking, as they headed for closing assembly. He knew the bus would be waiting on him by now but he couldn’t take his eyes off her. The cheap, black gown she wore did nothing to diminish her beauty. Her tanned skin gleamed smooth and fresh and her hair glistened in the sunlight. She looked untouchable.

Or at least, that’s how it felt as she passed through the doorway leading to the auditorium and disappeared from view.

It felt final. He hated the ache it left in his ribs.

From the other side of Griffin Hall, a horn sounded. He sighed and finally turned for the stairs. 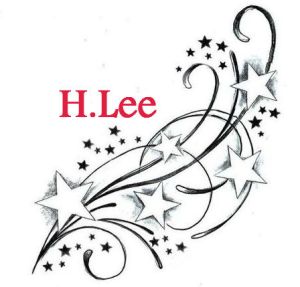