This book was bittersweet for me. It was Bittersweet because I strongly disliked it, but I also found quite a bit of poems and quotes that I actually liked. Also, because I spent a significant amount of time obsessing over this book hoping and wondering when I would actually be able to hold it, and I was let down.

There are 126 poems & short stories within this book, and I only liked 23 of them. I have followed Faudet on social media for a while and before now I have loved everything that I have read. But after reading this book I have to say that majority of his work is poorly written and utterly lackluster.

I found the few short stories in here annoying and uninteresting and eventually just started to skip them to be completely honest. After reading this book It feels like I have gotten an in depth look into his and his partner’s sex life and let me tell you, It wasn’t fascinating, or beautiful, or provocative; It was annoying, unmoving, repetitive, and poorly written. I would read a poem or short story that started out quite beautiful or interesting only for the facade to shatter when he said things like “f**king hard and fast, the way she liked” or “f**k me like you hate me” or “I want you to use me like I’m you own personal sex doll” honestly, this isn’t a book of poetry, it’s an expose on his sex life and honestly If it were written better I wouldn’t even mind.

The poems would start out great but as soon as sex was brought into it, the quality of the writing dropped dramatically. Just know before going into this book that sex is a main factor and if that offends or makes you uncomfortable then this book is not for you.

Though I strongly disliked this book I would like to share some of the ones I actually liked: 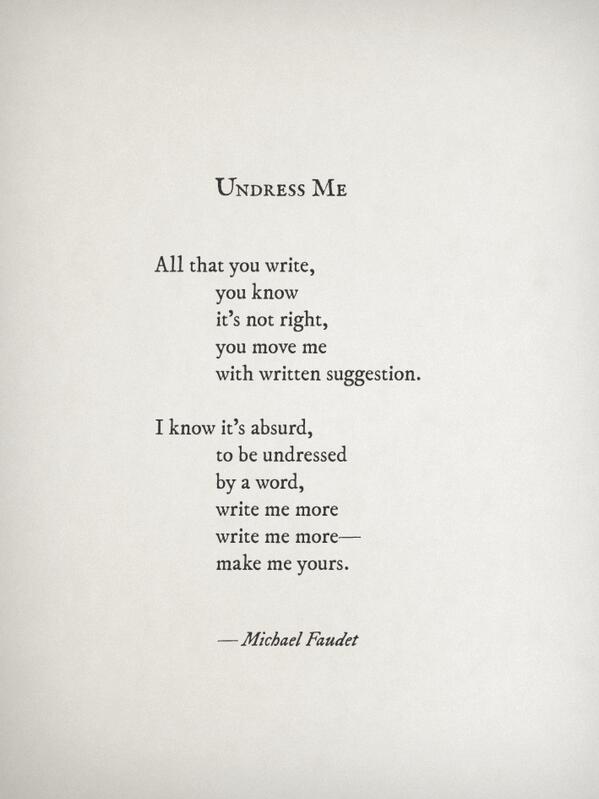