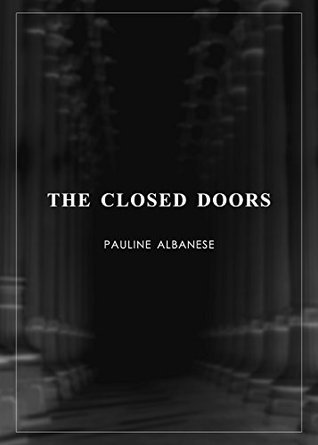 This is a coming of age story.
This is about closing your eyes,
shedding your skin,
finding yourself,
and touching your soul.

In the Underworld, Persephone looks her Death in the face.

A small fact about me is that I am obsessed with mythology, particularly Greek & Egyptian. One of my favorite myths has to be the Persephone & Hades one. This is a pretty popular one and has been retold and reimagined in many books.

For those that don’t know about the myth, don’t worry cause I’m going to tell you about it! On one of the rare occasions that Hades leaves the underworld, he stumbled upon a girl who was picking flowers In a field and instantly fell in love with her. That girl was Persephone. Hades then told his brother Zeus about the girl he now finds himself in love with, and together they come up with a plan to trap Persephone. While she was playing in the field, Zeus and Hades caused the ground to split and so she fell down into Hades. At first she was against the marriage to Hades, but eventually grew to love her husband and they lived happily ever after.

That was a very simple and abridged version of the myth, and it’s just one variation. In some Persephone willing went to the Underworld, or that Hades tricked her with flowers and Jewels. Either way, Persephone ends up in the Underworld. And if I’m being completely honest I love the ones where she’s the one who craved the darkness and stepped boldly into Hades’ domain and became one of its rulers.

I bring up this myth because it is the premise of this wonderful and amazing play. This short play Chronicles Persephone’s descent into the underworld and the chaos that came with it, and her relationship with the man who caused
It was beautifully written, it was honest and poetic, and sometimes funny.

Hades and Persephone were an interesting pair to watch and to observe how they interacted with each other.

Zeus was a horrible, and it was honestly amazing. He was written exactly how you’d imagine him to be.

Hades was a broken sweetheart, who I wanted to hug.

Persephone was stubborn and annoying, but she had fire, she wasn’t passive, and I loved her. I loved that she was determined to write her own story, and not go along with what others wanted her to be.

I just wish Demeter was in the play because she sounded amazing (& like she wanted to tear Hades apart limb by limb) and I wanted to see her confrontation with Hades.

When I tell you that this book is beautiful, I truly, one hundred percent mean it. It’s beautiful and heartbreaking, retelling that flushes out Persephone and Hades gives them depth and meaning. While keeping them and the other goddess and gods true to what we’ve seen in other myths.

I highly recommend this play, it’s short but it leaves you wanting so much more. I truly wish I could share some of my favorite quotes, but they’re all spoilery.

One thought on “Closed Doors by Pauline Albanese”