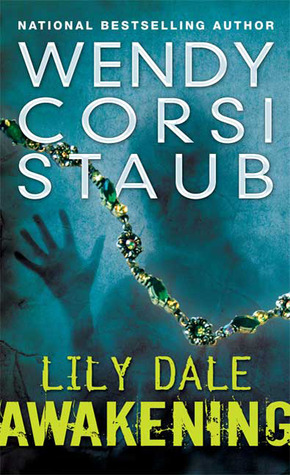 Just days after her mother’s sudden death in a freak accident, Calla is sent to spend the rest of the summer with her grandmother in Lily Dale, a mysterious town of psychics where nothing is really as it seems.  But to unlock the secrets behind her mother’s death, Calla must first accept her newfound gift.

The longer Calla stays, the stranger things become and as her own senses begin to awaken, she wonders if her mother’s hidden past could explain her death. Calla must find out the truth, even if it means trusting the spirits she never knew she could see.

The series follows 16-year-old Calla as she moves across the country after the tragic death of her mother. Calla is leaving everything she knows behind in California, to spend the summer with her grandmother in Lily Dale, New York. The crazy thing about this is that she hasn’t seen her grandmother since she was a small child and when she finally makes it there she realizes that Lily Dale is nothing like the neighborhood she left in California, because just about every single person in Lily Dale is a psychic. The more time that Calla spends in Lily Dale, the more her life changes. Some of those some changes are good, some bad, and some are life-altering.

If I’m being completely honest the first book, Awakening is the weakest book in the series. Calla is a grieving 16-year-old, some of the things she does/says can be pretty annoying, but for me easily forgivable because I understand where she is coming from. I really couldn’t imagine losing my mother in such a tragic way, and then have to leave absolutely everything behind, to stay with someone barely know. But at the same time, though at a time she could definitely be annoying, I loved seeing everything through her mind’s eye, and I was thoroughly entertained by her unwavering skepticism while being surrounded on all sides by psychics. Watching her growing relationship with her grandmother, Ophelia was amazing to me, I just loved seeing them connect especially after losing someone that was so important to them.

Now, when I first picked this series up I definitely was not expecting it to end the way it did. There was so much change, and unexpected twists and turns. The first book starts off as like a kind of watered down cozy mystery like you don’t even know that there is going to be a mystery until the last chapter of the first book. But, from then on the mystery is on full force and it takes you down so many different roads, it’s actually pretty crazy, but in a lowkey kind of way. The series as a whole is light, like not extremely heavy or sad, so when the author issues the first twist your like “whaaaaat” and it just gets crazier than that.

My favorite books in the series are the last two, Connecting and Discovering. Because they are my favorites I can’t tell you much, which sucks because I definitely want to. The last two are my favorites because they are strongest in the series. Calla in them has become stronger in every aspect and really finds her voice and purpose in this new world that she has been thrust into. The new relationships that she has built are so strong, and some, in particular, are just so beautiful. The the two chapters in the last book, make the series in my opinion. I cried so much, it was crazy. Everything wraps up so nicely, and there is a bittersweet end.

One thought on “The Lily Dale Series by Wendy Corsi Staub”