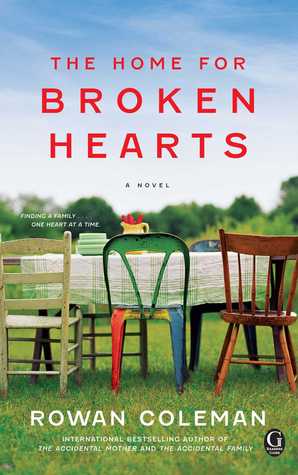 For young widow Ellen Wood, her Victorian home is a refuge—a place to feel safe with her eleven-year-old son, Charlie. But when money grows so tight that Ellen could lose the house, her sister, Hannah, makes a radical suggestion . . . rent out some of the rooms. Soon Ellen has three lodgers: Sabine, a German coworker of Hannah’s, recently separated from her husband; Allegra, an eccentric but wise novelist; and Matt, an up-and-coming young journalist in search of his voice, who has just landed a plum job in London. Ellen thinks three strangers are the last complication she needs, but they make her realize just how isolated she has become. Their presence exposes a secret she’s been keeping hidden, as well as a conflict with her sister that is both shocking and revealing. And while a love affair with a younger man seems like a fantasy powered by her imagination, Ellen can’t deny her deep connection to Matt, or the changes he inspires in her and her relationship with Charlie. Outside her home’s sheltering walls lies a world of opportunity as well as danger. Now that she’s had the courage to open the door, does Ellen dare step through?

Witty, moving, and deeply insightful, The Home for Broken Hearts celebrates everything that makes life worth living, from an author who knows just how to speak to the heart.

The main character Ellie’s husband has recently passed away in a car accident. Her husband and her son are truly her whole entire world. Ellie has been housebound since she got married, though it became much worse after her husband died. Her behavior is worrisome, but it was behavior that her husband almost encouraged. Anyway, Ellie eventually makes the decision to rent out the rooms in her house after the bullying of her sister. Which then brings in a whole new cast of characters who shake up Ellie’s life.

To Ellie, her life and marriage was perfect. But, as you learn through the narration, Ellie tends to see things through rose-colored glasses and wasn’t able to see or refused to see the writing on the wall. This was something that I found absolutely frustrating, she was constantly making excuses or rationalizing deplorable behavior and actions. But my anger wasn’t toward her. No, Ellie though frustrating was the type of person, I found myself wanting to protect. Her describing the safety of her home, her insecurities, her motherhood, her relationship with her sister, her husband; I just wanted to protect her. And fight the people who hurt her.

I should also mention that I didn’t finish this book, I actually couldn’t finish it I was so upset. To be completely honest, within only a few chapters I had figured out the “twist”, it was just a sentence, and facial expression and then I knew, and once I found out I was livid. The twist is horrible and heartbreaking. And it ruined the whole book for me because I was trying to convince myself I was wrong. But it just became more and more obvious, and then the interactions and behavior started to make more sense. It truly felt like I was being tortured, and Ellie was just so clueless. I started to skim because I had to know if I was right. I was, and I was done. The anger, but also the sadness was explosive for me. I went to bed angry and woke up angry. I just couldn’t. I couldn’t read it any longer.

I don’t know guys, this book messed me up and not in a good way. I just feel so bad, for people who don’t even exist.