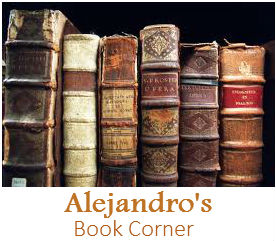 I will continue the cycle of detectives, but I wanted to pause to celebrate International Women’s Day, held on Saturday March 8th, with a special post dedicated to female writers of the past, present and future, showing the relevance and impact that women have been generated in the field of literature. So, I chose three female writers representing the most famous ones of the past, three of the most important female writers in the present, and 3 emerging female writers and I have no doubt that will be the future of women in literature.

Without a doubt, Jane Austen is the most famous female writer of the past but also she is just as relevant today. She is an author who became so famous that it is one of those exceptional cases in which the writer became so popular that her books , if not more. This is because since out of the 6 books plus a short story published by Jane Austen, both in life and some posthumously, dozens of writers have their own books re-interpreting in different styles not only the characters of Austen’s books but including using the own Jane Austen as a character in their books. There are also many books analyzing the impact of the novels of Jane Austen in the field of romance and everyday life . Inclusive has been coined the term “Janeite” for fans of Jane Austen, her books and all that surrounds her. A woman who lived in England in the 19th century and she was able to show the role of women in that time that they had to play as well as accurately recount how life was like in England at that time, with its wonders but also its injustices. The life of Jane Austen and her novels have inspired countless adaptations in films, radio and television.

The Bronte sisters are an exceptional case where three sisters became popular writers, each on its own merit and its own books . The Bronte sisters were Charlotte, Emily and Anne . Of these three was Charlotte which paved the way to success generated by her novel “Jane Eyre” and was also the most prolific of the three sisters publishing four novels. Then, while Emily just published “Wuthering Heights”, this novel has been placed on a par with the greatest British novels, so it is one of those cases where quality comes before quantity. And last there was Anne, the least popular of the three sisters, but also is remembered and managed to publish two novels. Initially, due to the time in which they lived, England in the 19th century, they had to publish their books under male pseudonyms to avoid sexism and their novels to be sold , and it is sad that even today , some female writers have to resort to similar things or using their initials, so that they initially are not easily recognized as women and achieve more sales of their books. The success of the books mainly “Jane Eyre” and “Wuthering Heights” allowed the Bronte sisters could be known as successful female writers.

The most read female author in history, with the Guinness record for the novelist (no matter male or female) with the highest number of copies sold reaching 4 billion books. The quintessential writer of suspense and mystery, creator of iconic characters such as Hercule Poirot and Mrs. Marple. Her novel “And then there was none” (originally published under the title “Ten Little Indians” ) is the fourth best-selling novel of all time with the amount of 100 million copies . And certainly one of the most prolific novelists with 66 mystery novels and 14 short story anthologies, and if all that were not enough, she wrote the play with the world’s largest record of continuous functions, “The Mousetrap” which began in 1952, the cut in the 2012 went for 25,000 functions and has gone through several theaters since its debut and it’s still occurring now in the West End theater in London. Although there are several biographies of Agatha Christie ‘s life, she wrote her autobiography.

Joanne “Jo” Rowling is definitely the current most known female writer and she is easily the most widely read author contemporaneously with its mega popular book series “Harry Potter”. The pseudonym “J. K. Rowling”was due to Bloomsbury, the British publisher initially published books, did not believe that a series that its target audience were supposed to be young boys were going to want to read books written by a woman , so they asked her to use initials, but since she doesn’t having a middle name, Jo decided to use the “K” for her grandmother on the paternal side. Currently only a hermit living in a cave doesn’t know that JK Rowling is a woman, but she has kept the pseudonym to avoid confusion. Recently, in a detective novel, “The Cuckoo’s Calling”, she used the pseudonym “Robert Galbraith” for different reasons , in my personal opinion, I think it was to search different audiences of those achieved with “Harry Potter” that they still hoped to continue with books of similar cut, but almost immediately the “secret” came out and it is generally known by readers that this book was written for her. Between this novel and the books of “Harry Potter”, JK Rowling wrote a social political novel titled “The Casual Vacancy” although it has sold very well, did not achieve the same positive review and mega success as with the novels of “Harry Potter”. JK Rowling is the British woman with more money, even more than the Queen of England, thanks to the initial book sales in England by Bloomsbury Publishing, then the sale of rights to re-publish in the U.S. for the Publishing House “Scholastic” and the negotiations for the rights to adapt the books to films that they were box office hits, also creating an amusement park based on the saga. JK Rowling has managed to skillfully negotiate the rights of her books and never lost control over them, turning the current author ( indifferent man or woman) most astute and always keeps empowerment and the last word on anything that is marketed with the books of “Harry Potter”.

The most important Latin American female author, and considered the writer ( indifferent between men or women) most widely read Spanish-speaking writer around the world, where her novels have sold 57 millions of copies and they have been translated into 35 languages. Born in Lima, Peru, has published 20 novels, beginning in 1982 and the most recent was released in January of this year (2014 ). Winner of over 30 literary awards of different natures and multiple nations and organizations. In 1996, she made the “Isabel Allende Foundation” after the death in 1992 of her daughter, Paula Frías Allende, who remained in a coma for several years. One of her novels, “Paula” was written in memory of her daughter. Isabel Allende’s father was first cousin of Salvador Allende, president of Chile, who was overthrown by Augusto Pinochet. This caused her to have to leave the country and spent several years working as a journalist in Venezuela. She was briefly in Spain and currently lives in California, United States in the company of her second husband.

Alice Munro, Canadian writer, was the winner of the Nobel Prize in Literature in 2013. It is important to explain that unlike other literary prizes and/or the generality of awards of any topic, even different from other categories of the Nobel, in the case of the Nobel Prize for Literature is not delivered by a specific book, but for the entire work made by the writer. Therefore, it is understandable that any book that was published is in the distinction of this award. However, it should be noted that by winning this award, Alice Munro, she was declared by the Nobel Committee as “Master of Contemporary Short Stories”. It is also important to note that she is the thirteenth woman to receive the award and the first Canadian to win it. During her writing career from 1968 to date has won many other awards for specific books, such as once the Trillium Book Award, the Giller Prize twice and three times the Governor’s General Award. All her books are composed of several short stories, the title for the book is usually the title of the considered as the best story in the book. Her stories are characterized in the exploration and analysis of complex female characters’ personalities, where at the beginning of her career were usually young girls in the coming of age and reconciliation between their families and their lives in small towns in

southern Canada, but now that the writer has also matured, many of her female characters are middle- aged and elderly too. Her career includes about 14 books with original stories and several reprints of her best stories previously published.

Karina Halle is one of the most promising female writers who have recently emerged, born in Vancouver, Canada, has published from 2011 to date, 19 works made of 14 novels and 5 short stories about her novels, including in this, three different book series. And there are at least 4 announcements for forthcoming novels. Her genre is mainly paranormal horror combined with romance and eroticism in some cases, but using only these second elements in other cases. It is one of the most prolific female writers and consistent, always achieving high ratings in her published novels. For several years she worked as a reporter interviewing music bands and this experience has been used in many cases for her novels . Some of her novels are set in different time periods, and Karina Halle makes the right previous research to properly acclimate her novels. She lives on an island off the coast of British Columbia with her fiance and a rescued puppy.

Cat Patrick is one of the literature’s female promises, who began her career in 2011 and her debut novel “Forgotten” got so much attention that it was translated into 21 languages and have been bought the rights to adapt it to film. After that, she has published two other novels on her own

and additionally a fourth novel in conjunction with author Suzanne Young. Her style is known for novels aimed at young people, using elements of paranormal or science fiction combined with romance and family relationships. Currently she lives in Seattle with her husband and her twins.

Rainbow Rowell is one of the new literary phenomenons where two of her novels “Eleanor & Park” and “Fangirl” have become the most read books mostly by young female audiences. Both books were competing with each other for the title of Best Book for Young Adults on Goodreads, where it was “Eleanor & Park” the winner but “Fangirl” was very close vote. Additionally, her career began with the novel “Attachments” in 2011 that has also received very good reviews and has already announced another novel this year, 2014. Currently she lives in Nebraska with her husband and two sons.

See you next week!

One thought on “Alejandro’s Book Corner!”